Skip to content
Spain has offered London its solidarity following Thursday’s metro and bus terror attacks, a year after the Madrid rail bombings…
British police have confirmed the death toll from the four London bombs across its transport network on Thursday is over 50.
The number of injured has been counted at some 700 people.
The London explosions come little over a year after 191 people were killed in three train bombs in Madrid.
The parallels between London’s bombings and Madrid’s are painfully apparent.
Three packed rush-hour trains were simultaneously targeted in the Madrid rail attacks of 11 March 2004, each at a different station.
Almost 2,000 people were injured in the devastating attacks.
President José María Aznar was ousted from government in general elections days later after wrongly accusing Basque separatists of carrying out the attacks; Al Qaeda were later found to be responsible.
As news of the bomb blasts in London broke, Spanish people clustered around televisions in bars and cafes.
When asked for their reactions, people mumbled: “It’s like Madrid all over again”, before turning back to the screens in a daze.
“It’s hard for us to watch this happen again. But it must be harder for people in Madrid,” commented Antonio López, a Barcelona school teacher.
“We got used to ETA attacks before Madrid. But that was different. You had the IRA. But this is different.”
By mid-afternoon, the Spanish Interior Ministry had activated all terrorism alert and prevention systems, and although flags still flew at full mast over municipal buildings, increased security measures were visible at public buildings and on public transport.
Spanish President José Luís Zapatero issued a message of condolence, highlighting the parallels between the attacks on London and what the Spanish have come to call ‘11-M’.
In the message, Zapatero stated that the Spanish “know the suffering of the British people and share their pain”.
“The solidarity of the entire Spanish people are with the city of London,” he stressed.
He also promised the Spanish government’s full co-operation in finding, detaining and handing over to justice those who perpetrated these crimes in the British capital.
Echoing Prime Minister Tony Blair’s initial statement, the Spanish president added: “The moral force of democracy is greater than that of terrorism.”
Within hours, the Spanish press had adapted its term for the Madrid attacks – 11-M – to refer to the London bombings, calling them 7-J, while a cartoon in El Pais showed London dripping with blood.
Hotlines were set up for those with relatives on holiday or studying in the British capital, and dozens of callers to radio chat shows issued messages of condolence to Britain. 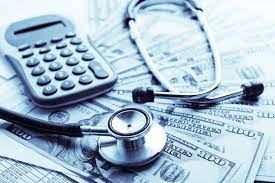