The news that only three of the West Indies squad selected to tour Sri Lanka have signed the board’s match/tour contract raises the likelihood of another damaging dispute in the Caribbean. The long shot could be the cancellation of the trip, or even that the A team will be drafted in to take the places of the rebels, although it is far from certain that many of them would be willing to sign the match/tour contracts either.

The latest standoff has come about because the West Indies Cricket Board (WICB) has insisted that all the players agree to a controversial clause – the much-debated clause five – which critics claim signs away their personal commercial and image rights, even though the board counters that it does not. This was the same issue which led to several players missing the first Test against South Africa in Guyana in April.

That the board has again attempted to force this clause through has caused considerable unease, even anger, within the squad, and while they backed down two months ago, there seems to be a more steely resolve in their ranks this time. The West Indies Players Association (WIPA) has again found itself at loggerheads with the WICB, but as Dinanath Ramnarine, the WIPA chairman, insists, it is only carrying out the wishes of its members.

The problem the players have with clause five is that it is, in their eyes, so one-sided. The claim is that the board can instruct players to void existing contracts, or decline them the right to enter into new ones, and yet is only willing to pay them on a series-by-series basis. The consensus is that if they had a system of central contracts, then this kind of demand would be more acceptable. The WICB claims that WIPA has not been willing to meet with it to discuss central contracts, although WIPA’s response is that this matter cannot be tackled until more fundamental issues have been resolved.
There are further issues in that it is suggested that the deal the board signed with Digicel means that any player “eligible for selection for the national side” falls under this umbrella of being controlled as to what they can and cannot do regarding personal endorsements. That would mean that any West Indies-qualified cricketer could be restricted concerning their use of their personal image rights, and yet get no benefit from the board.

Although the board categorically denies this, the crux of the standoff remains the exact details of the Digicel deal. WIPA is quite adamant that the board has signed over rights over which is has no authority, but the board refuses to release the contract, arguing that it is a commercially-sensitive document and that the WICB, as a private company, has no obligation to make it public. That gives critics ammunition to counter that the deal is so one-sided that Digicel are effectively calling all the shots, adding that it is the very content of the contract which is the reason the board has kept the details close to its chest.

The board’s moral high ground has been weakened of late by its reluctance to put certain issues before an independent arbitrator. WIPA is insisting that the WICB’s sponsorship with Digicel be included in the adjudication because it believes that players’ individual rights were sold to the company. The board wants to limit the adjudication to whether the personal endorsement contracts signed by players with Cable & Wireless were entered into as individuals or as members of the West Indies team. The end result is stalemate. And by insisting that it will abide by the decision of the arbitration, WIPA and the players have stolen the higher moral ground until now occupied by the board.

Behind the scenes, there is much activity, and relations between the players and the board continue to deteriorate. Earlier this week Roger Braithwaite, the WICB’s chief executive, looked to shift the blame onto WIPA when he told reporters that his board “had made every attempt to avoid this [situation] by submitting the match/tour contract to WIPA on June 2 but there was no response by WIPA.” But Cricinfo has seen a copy of a reply sent by Ramnarine dated June 13 responding to this very matter.

On Wednesday night, Ramnarine made another attempt to resolve the issue by again urging the WICB to agree to arbitration, but on Friday this offer was declined. With every passing day, the suspicion grows that there might be more to the Digicel deal than is being admitted. But if the matter goes to arbitration, then the details of the contract will have to be revealed.

The net result is that the WICB has a squad of three players and it now seems unlikely that it will be able to make that up to a full tour party from within the A team currently in Sri Lanka. That would leave the board either trawling round the islands to find enough players or calling off the tour – and a cancellation would leave it open to financial punishment from the ICC and the Sri Lankan authorities.

The only hope is that the arbitrator is allowed to do what he has been appointed to do and that, one way or the other, a solution is found. But history suggests that this sorry affair has quite some way to run. 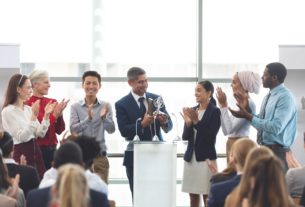