Skip to content
Some cried, some fainted, and almost everyone was hysterical, but what did an unexpected viewing of the Pope mean to a non-believer?

It was a bright winter morning in January this year, the kind of day which makes the cold almost bearable.

Wrapped up against the wind, coffee in one hand, camera slung around my shoulder and armed with the pre-requisites – mineral water, maps, friends on either side of me and of course Lonely Planet Italy – I nonchalantly stepped into St Peter’s Square in Vatican City.
Now it has been said a million times before but it is quite simply an awe-inspiring sight.
My eye takes in the panoramic sight – the expansive piazza flanked by Bernini’s symmetrical columns with the figures of the previous Popes on top – and the magnificent centre-piece, St Peter’s Church.
As we made our way to St Peter’s Church, the mood was jovial and chatty.
Mingling with the other tourists we climbed the steps to St Peter’s.
There was a palpable excitement in the air.
As I walked in, I was greeted by the almost-blinding sight of the bronze altar in the distance.
At first, the frail voice coming over the loudspeaker got no attention.
But then a strange nagging sense of recognition and then finally the realisation: It’s the Pope.
I had not expected or known that the Pope would be present that day saying a special mass at St Peter’s but once it had dawned on me I stood almost transfixed, as if in a trance.
My friends rushed around finding vantage points, whipping out their digital cameras and handy cams.
The crowd was slowly but surely whipping itself into a frenzy.
Once I had roused myself out of my state, I started to dart around hoping to get a glimpse, a look, anything.
And then there was another surge in the crowd.
Mutterings of ‘Il Papi, Il Papi’ were growing louder, women clutching their rosary beads were in various states of near-hysteria and then…a hush.
Led by the Swiss guards and flanked by the cardinals, Pope John-Paul II, sitting serenely on his custom-made mobile chair came down the aisle blessing us as we looked on, some in awe, some in shock, but each and every one of us old, young, black, white, believers, non-believers, knew that we were in the presence of someone holy and though amongst thousands, each one of us somehow feeling privileged and special to be present that day.
And for one Mumbai born and bred, almost-atheist girl, a few brief minutes of spirituality etched in memory forever amongst a sea of flashing camera lights and hysterical women. 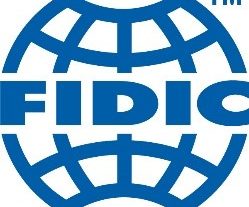