A £500m computer system they ordered to tell single mothers how much cash they are due is in ruins.

Staff at the CSA had to use pocket calculators this year to work out what people owe thanks to the system’s breakdown.
Electronic Data Systems is the US company behind CSA computer systems.
It is blamed for a string of failures on other government projects it has been awarded.
The cost to British taxpayers is thought to run into millions of pounds.
Texas-based EDS blames CSA bosses for demanding 2,500 changes to be made to the system they delivered.
The CSA says it only asked for 50 changes to be made and is holding back £1m per month in payments over its dissatisfaction.
The Shadow Secretary of State for Work and Pensions, David Willetts MP, blamed government Ministers for trying to oversee projects they don’t understand.
"[These projects] clearly are monumental wastes of money and there’s no denying the scandal they involve.
"I’m sure EDS has made mistakes here. But the biggest problem here is interference by Ministers," he said.
"I wouldn’t trust a Minister to come down to PC World with me and help me by a computer, so I certainly wouldn’t trust them to oversee a computer system that costs a half-a-billion pounds."
Losers are the taxpayer, with the public purse having to carry yet another mismanaged IT project.
EDS was founded by former US presidential candidate and billionaire businessman, Ross Perot. He later sold the company to General Motors.
In 2000, the company employed 128,000 people located in 58 countries, and reported revenues of $19.2bn.
In December 2000, the Department of Employment and Education extended a contract with EDS in a deal worth over £500 million.
In October 2002, EDS was awarded another government IT contract – this time for £90 million – to provide the National Health Service with email for staff.
EDS’ biggest contract to date in the UK was to supply IT services to the Inland Revenue in a deal worth £2.8 billion.
But in September 2002, EDS had to withdraw the Revenue’s online self-assessment service after customers reported they were able to access financial data that had been filed by other users.
In 2003, EDS’ delivery of the government’s new tax credits earned the Inland Revenue a stinging rebuke from MPs.
They called for EDS to pay compensation to hundreds of thousands of families who were missing payments.
Last year, the contract to run the Revenue’s IT services over the next 10 years was taken away from EDS and awarded to rival Cap Gemini.
EDS were given contracts in war-time Afghanistan and Iraq. The amounts involved are unknown.
An EDS spokesperson said this week the company has no comments. 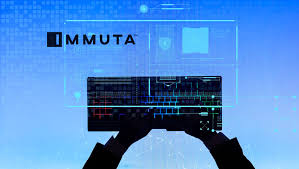 Immuta is awarded a Framework Contract with CCS G-Cloud 13