Skip to content
International organisations to which Brazil belongs are not being paid. Rent for overseas offices is not being met and bill payments for running costs are late.

Money is in short supply in Brazil. Its officials are treading the corridors of international organisations delicately and more than a little embarrassed at their growing debts.

The Brazilian Government is about to be barred from voting in places like the UN, International Atomic Energy Agency (IAEA), and International Labour Organization (ILO) for not paying its dues.
Consular personnel all over the world have been subjected to all kinds of embarrassing situations and some live under the threat of being evicted from their houses or offices, again for lack of payment.
Brazil’s largest daily newspaper, Folha de S. Paulo, has revealed that the Brazilian Foreign Ministry, known as Itamaraty, asked for R$800m (US$266m) from the government to pay outstanding bills throughout the world, but received only R$196m ($65m). Without money there is little Foreign Minister Celso Amorim can do.
The Brazilian Government owes the UN and its organs about $200m while it owes around $2.5m to the International Atomic Energy Agency and another $3.5m to the International Labour Organisation.
The debt to the UN alone is around $100m. The minimum Brasília has to pay to avoid the humiliation of not being allowed to vote in that organisation is $20m. Apparently, that is what the Itamaraty intends to do while holding the rest of the debt in abeyance.
Diplomatic embarrassment
There isn’t enough money either to pay the rent of consular buildings in big capitals like Tokyo, Rome and Paris. And little to pay for water, power and telephone bills.
In New York, rent for the Brazilian consulate and Brazil’s UN office have accumulated to a whopping $5m, according to Folha.
Late payment of salaries to consular workers has become routine. Reports say some staff may complain to local labour authorities or go to court seeking redress.
Supplementary payments like housing aid and moving aid, given to consular personnel to help them with expenses with new residences, are not being made.
An estimate says the Itamaraty owes its overseas workers $130m for four months in housing aid alone.
This aid is supposed to cover upto 80 per cent of rentals. A secretary, the first rung in the diplomatic career, with a wife and a child would get up to $400 a month as rental allowance in Canada and $300 in Paraguay.
According to Folha, the Itamaraty Palace in Brasília, the Foreign Ministry headquarters, has been flooded with SOS messages from ambassadors.
In fact, Correio Braziliense, a daily in the country’s capital, Brasília, reported how Luiz Augusto de Castro Neves – Brazilian ambassador to Paraguay – had sent in an official complaint about unpaid telephone and rental car bills during President Luiz Inácio Lula da Silva’s visit to that country.
The presidential visit was in August and the default: $5,000.
Castro Neves said some firms were threatening to go to court to get the money.
Subsistence diplomacy
There are 1,067 diplomats working at Itamaraty with a staff of 1,400 officers and aides who live overseas or are constantly travelling.
A national minister – a position just below that of an ambassador – makes $11,000 a month in Madrid, Lisbon, Rome, London and Paris. Not too much when you have to use this money for rental, clothes and parties.
According to a diplomat serving in Europe, a married diplomat who has a couple of children needs to live in a three-bedroom apartment. The rent, in this case, is around $ 5,500 inclusive of power, water and telephone charges.
The diplomat’s spouse cannot work in a foreign country.
From this salary also comes the money to pay for the car and an expensive insurance. Diplomats are not allowed to bring their old cars and as they are not permanent residents, the insurance is expensive.
Car expenses might eat as much as $2,000 a month. Adding to the burden is the fact that payments are made in dollars.
Two years and a half ago, 1 euro was worth 80 cents, but now you need $1.20 to buy one euro.
However, late payment of diplomatic salaries is not a new phenomenon. It happened before during the presidentships of Fernando Collor de Mello and Fernando Henrique Cardoso.
The Folha story, however, shows that Brazilian diplomats in Europe are barely surviving in the more expensive cities like Paris and London.
To make ends meet, many seek personal loans from Brazil’s central bank Banco do Brasil.
With growing debts, however, most envoys are unable to repay their loans.
In Paris, one diplomat has to pay in cash for anything he buys. His bank withdrew his credit cards and closed his account as he consistently defaulted on payments. 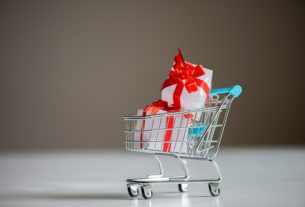 Criticism and praise for historic autopsy