Skip to content
Citizens of one of the areas hardest hit by Kosovo conflict are being urged to put aside their ethnic differences for forthcoming elections or risk "stagnation."

Mitrovica, the province’s largest and northernmost city, is divided both by the River Ibar and by the 12,000 Serbs and the 3,000 Kosovan Albanians who live opposite each other.

A further 9,000 Albanians and a further 3,000 Serbs remain unable to return to their homes on both sides of the river, where both communities co-existed prior to the eruption of armed conflict in 1999.

General Michael Steiner, the United Nations Special Representative of the Secretary-General for Kosovo, is charged with reuniting the city.

Rallying voters on both sides of the divide, he said: "We have to make return possible for those who want to come back to their homes. When you look at Mitrovica today, what do you see? Grey streets. Young people with no prospects. Disorder. Fear. No future.

"It’s time to do something to stop this slide. Mitrovica is at a crossroads and you are faced with a choice: stagnation or change."

The election is part of a new seven-point plan including local policing, co-governance and economic investment. The city remains a flashpoint for armed confrontation over the past three years.

In April 2001, a routine traffic check escalated into an armed assault by ‘bridgewatchers’ – vigilante guards of the North section – wounding 22 UN police officers in the worst act of violence against UN personnel since the mission began.

In June, British Foreign Office Minister, Denis MacShane, urged Kosovan refugees living in the UK to return to the province after the President of the Kosovo Assembly, Nexhat Daci, told countrymen it was safe to return during a visit to London.

However, the Minister came under fire from the UN who said his comments were ill-considered, offering some groups little protection in a statement made in the midst of Home Office Minister David Blunkett’s immigration clampdown at the time.

Welcoming the new plan, MacShane said: "A successful future for Mitrovica is one of the keys to rebuilding a functioning multi-ethnic community in Kosovo.

"The choice now lies with the people.

"It is not easy to try and re-build a community and an economy so I urge the people of Mitrovica to take up the challenge and vote in the municipal elections to elect representatives who can implement the plan." 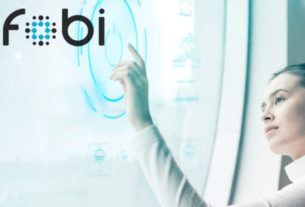