CEBINA GmbH, Central European Biotech Incubator and Accelerator today announces the publication of the first results of a Phase 2 efficacy clinical trial sponsored jointly with its partner URSAPHARM Arzneimittel GmbH demonstrating that a nasal spray containing the active ingredient azelastine was effective in accelerating the reduction of the viral load in SARS-CoV-2 positive patients. Azelastine has been marketed in an identical composition by URSAPHARM for many years and is used as an antiallergic. With the successful COVID-19 vaccination campaign, large parts of the population have been immunized, plateauing at approximately two thirds in the most vaccinated countries, and resulting in a reduction in hospitalisations and death rate. However, the overall infection rate is rising again due to emerging variants, in particular the delta variant. New approaches are therefore urgently needed to complement vaccines, to treat early-stage infections, to further reduce the COVID-19 disease burden and to reduce person-to-person transmission of current and emerging variants.  Rapid reduction in viral load in infected people could significantly reduce the likelihood of severe disease symptoms and person-to-person transmission.

CEBINA in collaboration with Professor Dr Robert Konrat (University of Vienna, Austria) and Professor Ferenc Jakab (National Laboratory of Virology at the Szentágothai Research Centre, University of Pécs, Hungary) previously identified that the antihistamine azelastine has potent anti-viral effect against SARS-CoV-2 and its variants in several in vitro assays1. Through collaboration with The Department of Virology at the Medical University of Innsbruck, Austria, CEBINA confirmed the in vitro potency of azelastine against the major virus variants including the delta (B1.617.2) variant, currently responsible for the majority of SARS-CoV-2 infections in Europe, UK, US and India. To assess the potential of azelastine as an anti-COVID therapy, CEBINA’s partner URSAPHARM conducted a double-blind, placebo-controlled Phase 2 clinical efficacy trial at the University of Cologne, Germany in 84 volunteers who were positive for SARS-CoV-2. Treatment with azelastine nasal spray greatly reduced the SARS-CoV-2 viral load in the study population: a reduction in viral numbers of around 97% (up to around 30-fold) was seen in those treated with azelastine compared to the placebo (nasal spray buffer alone) after 1 week of treatment. At this time point significantly higher proportion of subjects became PCR negative in the azelastine test groups.

“This clinical data confirms our previous laboratory research findings with human nasal tissues where we observed drastic reduction in SARS-CoV-2 infection with azelastine. Since higher viral numbers in the nose and throat are associated with higher likelihood of progression to disease but also greater risk of infecting others, the efficacy of the azelastine nasal spray in PCR positive individuals suggests that both the treated individual and those who have been in contact with infected people could benefit from azelastine use. As an approved drug, used safely as allergy medication for 30 years and already on the market as nasal spray, azelastine could immediately be introduced as a prophylactic or post-exposure anti-COVID solution, beyond its therapeutic effect studied in this clinical trial” – commented Eszter Nagy, MD PhD, CEO, CSO and founder of CEBINA GmbH. “In addition, we believe that proving the potency of azelastine against the major SARS-CoV-2 variants – including the delta variant, further increases the potential of topical azelastine in the management of COVID-19.”

The first analyses of the clinical data have been published in a manuscript issued on a preprint server (without formal peer-review, Klussmann et al., https://papers.ssrn.com/sol3/papers.cfm?abstract_id=3903170).  Full study results will be presented in a peer-reviewed publication. 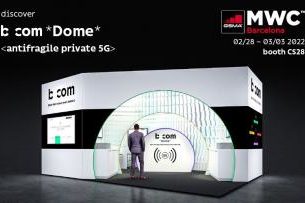