Global stock markets have been hit hard in recent weeks. Since August 1st, the S&P500 and FTSE100 are down thirteen percent and the Eurostoxx600 is down sixteen percent.

As the vast majority of professional and independent traders are losing their shirts, ‘The Trader Meeting’ has today announced a 1,200% increase in viewing figures in the last three months.

The Trader Meeting hasn’t been around for long. However, this new piece of online media is starting to win significant popularity amongst the U.K. trading and investment community. The Trader Meeting is a fortnightly online video cast produced by the Institute of Trading and Portfolio Management and Decode Films. In February 2011, Institute CEO Anton Kreil decided it would be a good idea to hold a regular fortnightly meeting of independent traders to exchange trading ideas. Due to the success of the meetings, Kreil decided to share the idea’s with other traders globally, by filming it and publishing it online.

Since the end of May, fortnightly viewing figures have gone from just two hundred and fifty video downloads to over three thousand downloads and growing.  It’s not difficult to see why. Every fortnight viewers are presented with an easy to understand synopsis across global Equities, FOREX, Commodities and Bond markets. Each meeting is chaired by Kreil who is a former Goldman Sachs and JP Morgan Trader. He was also the manager on the BBC show “Million Dollar Traders.” Typically at the end of the meeting the traders have presented over twenty, long and short trading ideas that they are currently trading with their own money. Viewers also have access to all of the historical videos which are available online too.

Kreil states: “The beauty of the production is that there is no agenda. We’re not brokers and we don’t want people’s commission, so there is no conflict of interest. We’re independent traders trying to generate high quality trade ideas, in order to protect and increase our own personal wealth. I suspect the reason why we are seeing video downloads grow so rapidly is because of the calls we’ve had recently. Calls like getting long Autonomy”.

Indeed, getting long Autonomy for its migration as a software company to ‘The Cloud’ has been one of the leading idea’s that’s come out of the meetings. In May and June, the traders were adding to their Autonomy positions and getting short Hardware companies like Hewlett Packard (HP), Dell and Micron. Last week HP announced an all cash takeover of Autonomy for £25.50 per share and the stock went up seventy five percent in one day.

Several of the traders at the meeting were clearly long Autonomy and cashed in. Fortunate, early viewers of the meeting would have had that opportunity too. With trading and investment ideas like this, and all of it given away to the viewer for free, it seems The Trader Meeting’s viewing figures look set to go from strength to strength.

Property pitfalls of renting in Paris 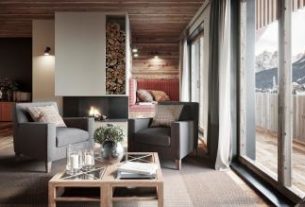